I don’t usually establish to-be-read lists. However, now that we are in the last quarter of the year, there are some books that I really want to read before 2016 comes to an end. The list features books written by contemporary authors, some classics and Portuguese poetry.

The Dumb House by John Burnside is a book that I have been wanting to read for quite a while. The story focuses on a narrator that uses his own children as subjects of an experiment to recreate the Dumb House of Persian myth. I expect this novel to be quite dark and disturbing.

To continue my endeavour to read more books by female authors, I also want to read A God in Ruins. I don’t know much about this novel by Kate Atkinson, besides it being set around the time of the Second World War, which is usually a theme I am interested in reading about.

Before the year is over, I expect to read four more classics. One of them is Northanger Abbey by Jane Austen, whose other four books that I read I really enjoyed and whom I haven’t read for a while. I also intend to read Dubliners by James Joyce, Frankenstein by Mary Shelley and A Morgadinha dos Canaviais by Júlio Dinis. These books were all written by famous writers whom I have never read before, so I am not quite sure what to expect from them. 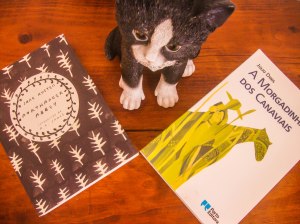 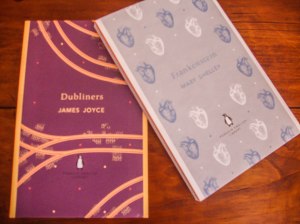 A reading list would not be complete without some poetry. So, I want to read two poetry collections by two famous Portuguese poets. One of them is O Nome das Coisas by Sophia de Mello Breyner Andresen, a writer that I studied more than once at school and that I continued reading after that. I believe that this poetry collection was mainly inspired by the end of the dictatorship in Portugal in 1974. Sonetos by Florbela Espanca is the other poetry collection I intend to read soon. I expect it to be full of sad sonnets.

I am currently reading Jonathan Strange & Mr Norrell by Susanna Clarke. This is a really long book, with more than 1000 pages, which tells the story of the return of magic to England in the 19th century. I liked what I have read so far (I am more than halfway through it) and expect to post a review about it soon.

Have you read any of these books? Which books do you intend to read before the year is over? Tell me in the comments!