I had promised myself not to buy any more books until I found a place to properly store my unread ones (right now they are perilously piled up on top of each other and the risk of them falling down is too real to be overlooked). However, it was my birthday this month and I needed to give myself a present. I could have bought only one book, but that wouldn’t be a proper gift. Five seemed like a good number!

After loving Rebecca, I became eager to read all the books by Daphne du Maurier. To read one every year seemed like a good goal. But when I realised that an adaptation of My Cousin Rachel had just been released, I decided to buy the book and read it this year before seeing the film.

From the blurb, this seems like quite a mysterious story, which involves a widow and her dead husband’s cousin.

Why buy only one book by Daphne du Maurier when you can buy two? I will probably not read The King’s General this year. But, as I really liked this cover by Neil Gower, I decided to buy it now in case this edition disappeared from the market in the meantime. I am expecting it to be a tale of love and war. 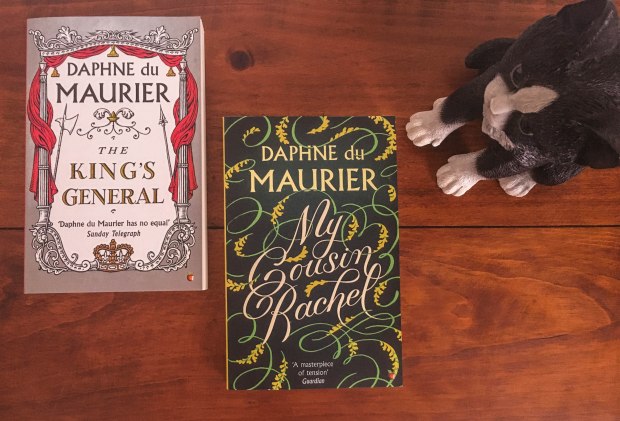 The Tropic of Serpents by Marie Brennan

This is the second book in The Memoirs of Lady Trent series. I read the first one at the beginning of July and quite liked it. My curiosity to know what the future reserved for Isabella, a curious young woman who is to become a renowned dragon naturalist, made me buy The Tropic of Serpents.

I haven’t read a book by José Saramago in quite a few years. So, it was more than time to delve into one of his works again. Ensaio sobre a Cegueira (Blindness in the English translation) is the story of a city ravaged by an epidemic of blindness.

I haven’t read much poetry this year. To remedy that I bought a poetry collection by the Portuguese author Sophia de Mello Breyner Andresen. I expect it to feature some natural elements and a pinch of social criticism. 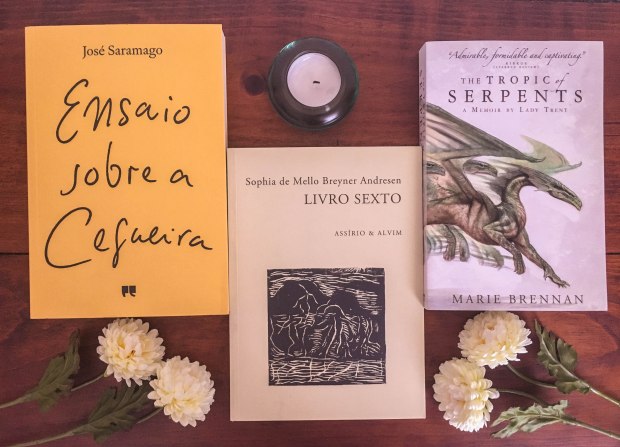 Have you read any of these books? Tell me in the comments!