At the beginning of last year, I published a post on my most owned and read authors and decided to write a similar one once every year to see how that list changed over time. The most predominant writers among my read books are more or less the same this time around, and the slight changes which occurred are mainly due to my decision to take some of the books from my childhood and teenage years out of my shelves, since I was pretty sure I wouldn’t be reading them ever again.

So, I now believe that writing a post like this every year is a bit excessive, since no substantial changes are bound to occur in such a period of time, unless I get rid of more books, which is unlikely in the near future. I’m now keener on only writing an updated version of my most owned and read authors when I can distinguish significant changes on the list below beforehand.

The current list features four of the same authors present in the first one, and there is only one new addition.

Harry Potter and the Deathly Hallows 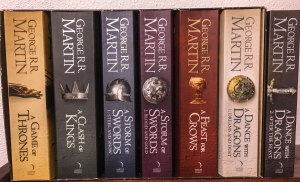 A Game of Thrones

A Clash of Kings

A Storm of Swords I: Steel and Snow

A Storm of Swords II: Blood and Gold

A Feast for Crows

A Dance with Dragons I: Dreams and Dust

A Dance with Dragons II: After the Feast 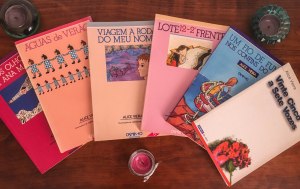 2 thoughts on “Most Owned and Read Authors – Update”