My reading experience in 2018 was overall dominated by the ‘EU still 28’ project, which consisted in reading one book by an author from each of the still 28 EU member states. I have completed that challenge and, so far, have also managed to read in their entirety ten other books. I’m still reading Christmas Days by Jeanette Winterson. But it wouldn’t be one of my favourite books this year even if I had finished it already, although I’m enjoying it. Thus, I’m ready to reveal which books stood out to me the most in 2018.

Despite not having rated any of the books that I picked up this year with 5 stars, I still read truly good ones. They just weren’t perfect in my eyes. I cannot lie, though, this was not the best reading year in terms of the enjoyment I got from the books that I chose. I gave three books 2 stars and didn’t finish other two.

I’ve rated many books with 4 stars, though. From those I’ve selected the five I liked the most and that were really close to deserve the coveted 5 stars. In reverse order, my favourite books from the ones that I read in 2018 are: 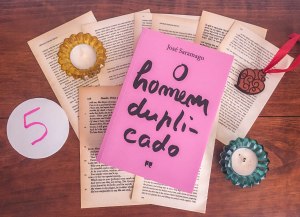 The Double is above all a book about the human condition. While watching a film, Tertuliano Máximo Afonso discovers that there is a man who looks exactly like him. And that disturbs him deeply! Throughout the book, the third-person narrator makes various asides, which are thought-provoking and sometimes even hilarious. The purpose of the novel is to present the consequences of a man discovering that there is a person equal to him and not to learn why.

A Amiga Genial (My Brilliant Friend) by Elena Ferrante

The first book in a series about the friendship since childhood between two women, Elena Greco and Raffaella Cerullo (also known as Lila), left me eager to discover what lies ahead. Throughout My Brilliant Friend, I felt that I was slowly getting to know the characters intimately. But this novel also offers interesting considerations on class, social mobility and the importance of education. 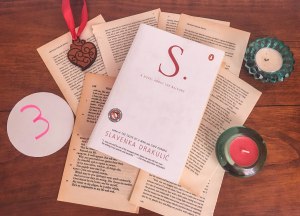 S.: A Novel about the Balkans by Slavenka Drakulic

A poignant tale full of despair and pain, this short book tells the story of how S. managed to survive the conflict in Bosnia and what she had to endure in the process. Her mother was a Serb and her father a Muslim. Although she didn’t feel like one or the other, others were quick to label her as Muslim and, thus, the enemy. From the beginning we know that S. has been repeatedly raped, leading to an undesired pregnancy. Learning more about her past is harrowing.

The Glorious Heresies by Lisa McInerney

Through the story of a murder, The Glorious Heresies delves into dysfunctional families and the tribulations faced by various characters in the city of Cork, Ireland. It is told from the perspectives of five main characters – Ryan, Tony, Maureen, Jimmy and Georgie. Almost all of them are complex and feel authentic. It also focuses on religiosity, drug dealing and prostitution. The last paragraphs left me eager to read its follow-up, The Blood Miracles.

Herman Koch, in Dear Mr. M, managed to gracefully mix a crime story with a reflection on the writing of fiction. Two intertwined stories – those of Mr. M, a renowned writer who is not as successful as he once was, and of his creepy neighbour – lead to a surprising revelation near the end that makes perfect sense. Almost all of the characters, even the secondary ones, are fleshed out and both protagonists end up being fascinating.