Daphne du Maurier may have been born in London in 1907, but it’s Cornwall, where she lived for most of her life and died in 1989, the main setting of several of her books. Boasting a craggy coast, inspiring coves, sandy beaches and clifftops filled with flowers, the region fits perfectly with her atmospheric stories. It’s not difficult to fall in love with her writing style. Vivid characters, a gripping prose and a sprinkle of mystery turn her novels into enthralling reads, even if they are not always perfect. She published her first novel, The Loving Spirit, in 1931. This is not the book she is best known for, though.

Rebecca is probably her most famous novel and, without a doubt, my favourite so far. After marrying Maxim de Winter, the unnamed narrator moved with him to his family home, the iconic Manderley. Being an insecure young woman, she already felt inferior to his deceased first wife, Rebecca. Living in Manderley only amplified her doubts and apprehensions. While she didn’t know how to deal with the staff nor was she familiar with her husband’s routines, Rebecca seemed to have been perfect. And Mrs Danvers, the housekeeper, was always there to remind her of that.

Accusations of plagiarism were raised regarding the book. Carolina Nabuco, a Brazilian author, believed that Daphne du Maurier had plagiarised her novel A Sucessora, although it had only been published in Portuguese at the time. She considered that the initial storyline of both novels was very similar, but she never sued Du Maurier, who claimed that she had never heard of Nabuco’s book before. The American Edwina Levin MacDonald went as far as filing suit in 1941. The complaint was dismissed, however.

The basic plot of Rebecca is not uncommon in literature. An insecure young wife, a wealthy widower and a governess who doesn’t accept the new wife are not innovative and singular ideas. Du Maurier’s novel shines bright because of the way in which the plot is brought to life, though. The characters are so fleshed out that they become utterly familiar even before the gripping mystery starts being unravelled. Through an enthralling, enigmatic and atmospheric prose, this novel invites the reader to ponder about what is expected of women. 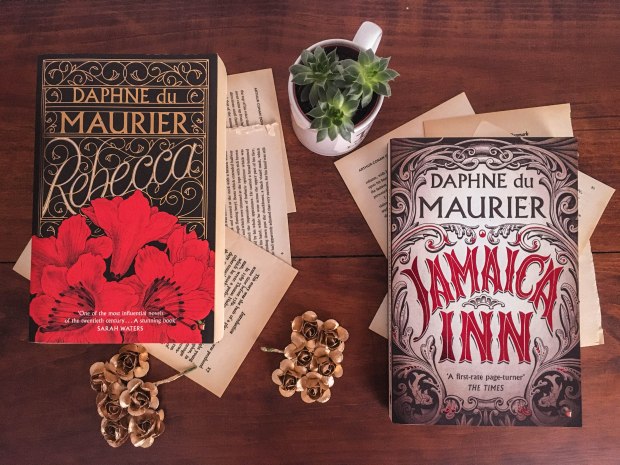 Set in Cornwall, Jamaica Inn is also an atmospheric and mysterious novel. After the death of her mother, Mary Yellan went to live with her aunt Patience, who was married to Joss Merlyn, the new landlord of the Jamaica Inn. On her way there, she was warned that no respectable person stopped at the inn anymore. She soon realised that her uncle was involved in criminal activities. Throughout the novel, there are various instances of a tangible sense of menace. The engrossing characters are believably described, and their dialogues sound real. Although the pacing is not always perfect, it kept me guessing until the last revelation.

Despite not being as mysterious as some of the other books that I read by Daphne du Maurier, The King’s General is also a compelling read. Set in the 17th century, it’s a historical novel about pride, love, war, betrayal and acceptance. The narrator and main character, Honor Harris, fell in love with Richard Grenville in spite of all his faults. Honor and Richard are extremely well crafted. Their first interactions are funny, endearing and engaging. Life events separated them, but they ended up meeting again.

Throughout the entirety of My Cousin Rachel, Du Maurier successfully plays with our perception of the characters. Philip, who is the narrator of the novel, was raised by his older cousin Ambrose. After his death away from home, Philip became suspicious of his cousin Rachel. That didn’t prevent him from also falling in love with her, though. I adored the mysterious feeling of this novel, but I wasn’t entirely convinced by the way in which Philip became so in awe of Rachel to the brink of madness. 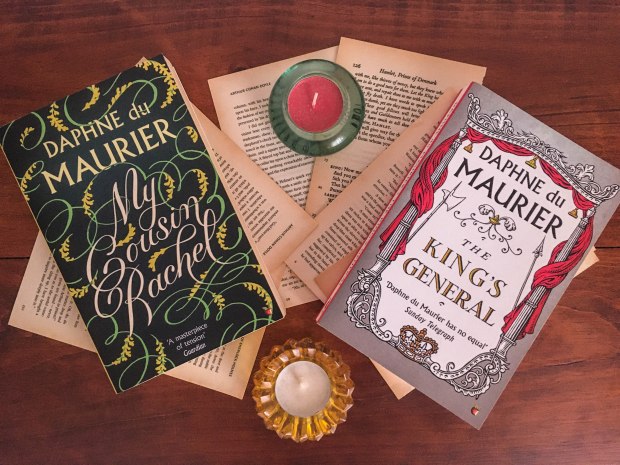 A successful combination between sci-fi and historical fiction, The House on the Strand is a story about drug abuse and its consequences. Richard Young was asked to try a new secret drug by his long-time friend Magnus, a Professor at the London University. It made him mentally travel in time. While in the 14th century, he was able to be among people without being seen. He became smitten by Isolda. He couldn’t touch any living being or the link would break, though. As it’s the case with many novels that feature more than one strand, it isn’t gripping in its entirety. I wasn’t too invested in the part of the novel that is set in the past. The narrator’s struggle to deal with his addiction to the drug is realistic and stimulating, however.

Daphne du Maurier also wrote many short stories. So far, I’ve only read one of her collections – The Birds and Other Stories. It comprises six tales not only about the power of wildlife and people’s relation with it, but also the terrible actions that humans are capable of. The majority of the stories feature visual descriptions, compelling characters and are written in an engaging style. My favourites are ‘The Little Photographer’ and ‘Kiss Me Again, Stranger’. 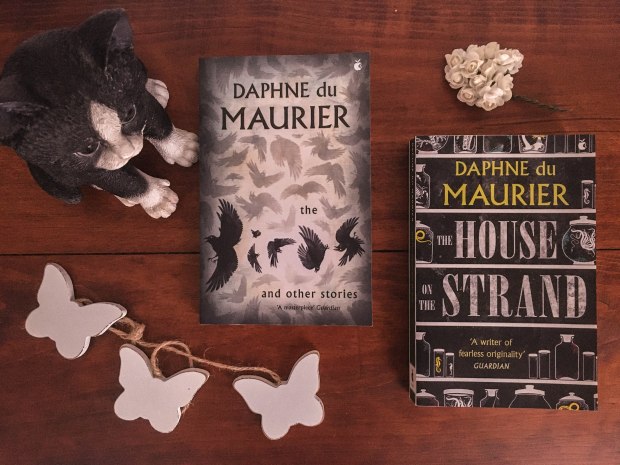 Thankfully, Du Maurier was a prolific writer, and I still have many of her novels and collections of short stories left to read. I’m sure I’ll continue to be amazed by her characters and creation of atmospheres for years to come.

5 thoughts on “Daphne du Maurier: A Queen of Atmospheric Novels”