Ireland is an island booming with talent. When it comes to books, I haven’t been admiring it properly, though, since I’ve only read six books by Irish authors, two of them by the same writer. Having such a short sample to pick from, it wouldn’t be fair to choose favourites for my first post during Reading Ireland Month, hosted by Cathy throughout March. Instead, I’m sharing a summary of my experience reading books by Irish authors.

The Glorious Heresies and The Blood Miracles by Lisa McInerney

The Blood Miracles, on the other hand, is not as impressive. Despite Ryan being the sole protagonist, his feelings are not as poignant and thoughtful as in the previous novel. Too much focus is placed on drug trafficking and nightclubs.

Maggie O’Farrell was born in Northern Ireland and has Irish and British citizenship. Set in the 16th century, Hamnet was the best book I read last year. It’s a fictional story about the death of the son of a famous playwright, William Shakespeare, who is never mentioned by his name. That choice is spot on, as the events unfolding could have happened to any family. The spotlight is also mainly on Agnes. Her desperation to keep her children safe is tangible, and her grief is powerfully and convincingly portrayed.

Bram Stoker wrote what probably is the most famous story about a vampire – Dracula. Jonathan Harker is invited to Transylvania by Count Dracula to provide him with advice about houses in London. His stay there deeply traumatises him. When the Count leaves for England, strange events start to unfold. Consisting of diary entries, documents, news pieces and letters, this novel is not overwhelmingly scary, but an atmosphere of horror occasionally takes over.

A collection of 15 short stories, Dubliners by James Joyce is a portrayal of various moments in the lives of some of Dublin’s inhabitants at the beginning of the 20th century. Although I was not enthralled by the writing style, I enjoyed some of the stories, including ‘Eveline’ and ‘A Little Cloud’.

The Picture of Dorian Gray by Oscar Wilde

The Picture of Dorian Gray by Oscar Wilde is one of my favourite classics. Afraid of losing his beauty, Dorian Gray sells his soul to ensure that his picture and not himself ages and decays. The libertine lifestyle he then pursues has dire consequences. It’s certainly a haunting book. 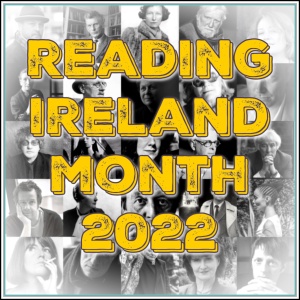 What other books by Irish authors do you think I should read? Tell me in the comments!

Welcome to “A Bag Full of Stories”!
On this little corner of the Internet, I share my love for stories, books and reading. Currently, there is new bookish content (almost) every Wednesday!